This is a smart, talented community with a workforce pipeline of more than 50,000 college students.

Young. Skilled. Talented. Educated. These are just some of the adjectives often used to describe Albuquerque’s workforce.

The Albuquerque metro area population totals 925,958 residents. The region has a favorable ratio of residents in the key working age group of 20-34 years. Current estimates show that 19 percent of the population is in this key age bracket, compared to the national average of 18 percent. Albuquerque’s 20-34-year-old category is also projected to expand by a greater rate than the national average.

The area is also home to more than 50,000 college students from which to recruit. This is a young, affordable, and smart work force. Albuquerque ranks among the top metros in the nation for the percentage of workers with a college degree.

New Mexico’s labor force is often cited by various studies as being first in the nation for workforce productivity. A study conducted by Area Development Magazine, ranked the Albuquerque metro area number one for manufacturing productivity in terms of dollars of output per worker. 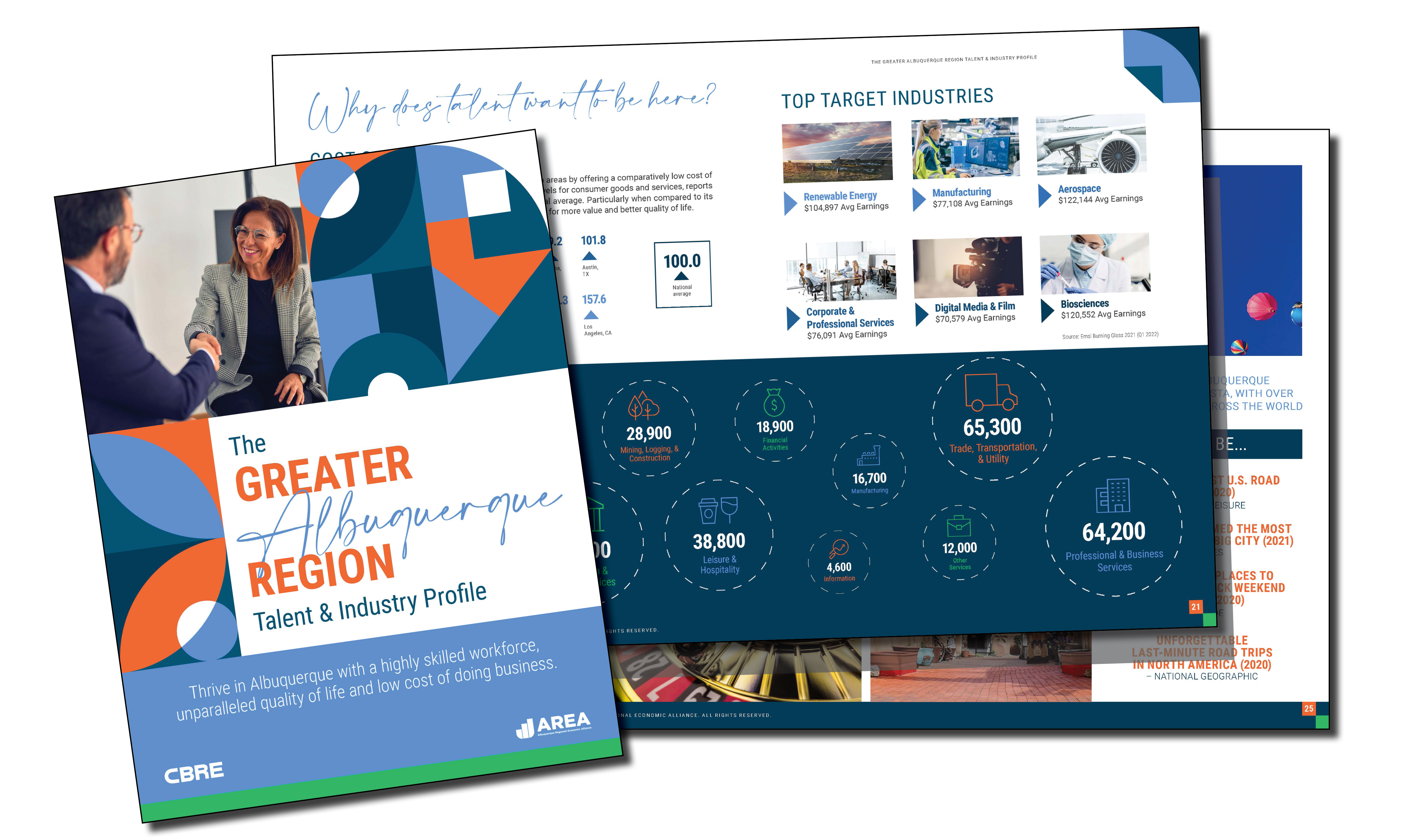 Albuquerque’s strong talent base, quality of life and stable economy offer an opportunity for success. Click here to download your copy of the Greater Albuquerque Region Talent & Industry Profile.

Translate »
We use cookies to ensure that we give you the best experience on our website. If you continue to use this site we will assume that you accept.Accept Cookies