Director of Business Development and Analytics

As he completed his graduate studies at New Mexico State University, Grant Taylor resolved to spend his career in New Mexico, focused on playing a role in improving the state, even if one community at a time. During that time, he has focused efforts to improve the state through public policy, economic development and “chamber work” in Santa Fe, Hobbs and Albuquerque. Grant’s work has been recognized and adopted by his peers both nationally and internationally, and he brings to Albuquerque Economic Development a passion for advancing the four-county Albuquerque metro and the profession of economic development.

Grant is an active member of the Nu Nu Sigma graduate chapter of Phi Beta Sigma, a fraternity whose members subscribe to the motto “Culture for Service, and Service for Humanity.” Grant and his wife, Megan, delight in raising their two children in Albuquerque. 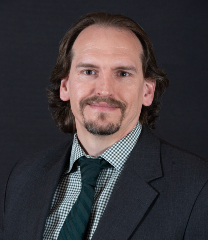