Ms. Casey brings extensive and diverse experience in leadership, public administration, marketing, business development and retention, and strategic planning as the leader of AREA, a nonprofit organization working to create a prosperous and diverse economy for the four-county Albuquerque metro region.

Previously, she served as the Executive Vice President for the Greater Sacramento Economic Council and oversaw the organization’s business development, marketing and communications, investor engagement, research, and strategic initiatives critical to advancing economic growth in Greater Sacramento. She oversaw the comprehensive launch and execution of a best-in-class national site selection consultant strategy and established first-ever memorandums of understanding with seven local commercial real estate brokerage offices, receiving a Gold Award from the International Economic Development Council in 2020 for a joint publication she spearheaded with CBRE. She established critical internal efficiencies with revisions to all organizational practices from database management to budget development and oversight. Even in the wake of COVID-19, the organization succeeded in meeting all its annual metrics and job creation goals and launching a regional business retention and expansion outreach program.

Ms. Casey served in various executive roles at the City of Maricopa, Ariz. since 2005, lastly as the Assistant City Manager. Departments under her oversight included economic development, community and development services, capital improvement, public works and City-wide marketing and communications activities. She managed several noteworthy tasks in the establishment of the City’s economic development office, such as the creation of an Industrial Development Authority, the City’s first Redevelopment District and Area Plan, the establishment of a local economic development 501 (c) 3 (the Maricopa Economic Development Alliance), City-wide branding and Economic Development Strategic Plan. Prior to her time in Maricopa, she attained significant experience in the non-profit sector working in fundraising, marketing, and event and membership management at the Heard Museum of Native Cultures and Art in Phoenix, Arizona and at Save The Bay in Providence, Rhode Island.

In May 2010, Ms. Casey was the honored recipient of the ‘Economic Developer of the Year – Small Community’ award from the Arizona Association for Economic Development and in January 2017 she was recognized as a national top ‘40 under 40 Rising Star’ in economic development by Development Counsellors International. In addition, she is co-founder of the Arizona Chapter of Women Leading Government which in its sixth year draws more than 400 participants.

An Air Force brat, Ms. Casey has had the great privilege of living in Texas, Ohio, Alabama, Louisiana, Utah, Rhode Island, Arizona and California throughout her life and is thrilled to now call Albuquerque home, along with her trusty English bulldog Sophie. 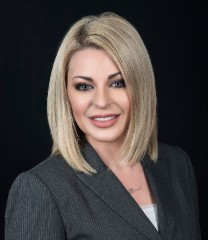