Beverly Cruz is the Chief Operations Officer for Albuquerque Economic Development, Inc., a private, nonprofit organization whose mission is to recruit new employers and industry and help local companies grow. In her role Beverly establishes and oversees internal policies and procedures and provides strategic vision, leadership and direction to maximize team performance and deliver the desired culture and behaviors that represent the values of AED and its 501c3, the Albuquerque Forward Fund. Beverly has spent much of her 20-year career working for top-tier nonprofits in Albuquerque. Prior to AED, she spent many years as the SVP Chief Business Development & Operations Officer for the Greater Albuquerque Chamber of Commerce and as the Facilities Manager for New Mexico Museum of Natural History and Science Foundation. Beverly followed her passion for students and education in 2011 by accepting a position as a 4th grade teacher with Legacy Academy, a role she held until 2014. Her education service continued with a seat on the founding board of Albuquerque Collegiate Charter School in 2017. Beverly is a native New Mexican, born in Albuquerque and raised in Bernalillo. She has a B.A. in Mass Communication and Journalism from the University of New Mexico. 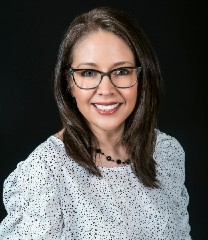