Like any successful company, great leadership and vision allows
AREA to achieve its mission year after year.

A leader in the financial services industry, he was appointed by the American Bankers Association to the American Law Institute’s Select Committee on the Uniform Commercial Code of the United States. He is a co-founder and Charter Director of New Mexico Bank and Trust and of Plus System Incorporated.  At TVC he facilitated private equity and venture funding in excess of $1.2 Billion.  Active in start-up business ventures he has advised over 125 start-up businesses and is a co-founder of New Mexico Angels.

Mr. McCorkle was voted by the New Mexico business community as the Most Influential Individual in the state.  He has received the Albuquerque People’s Favorite Community Leader award multiple times.  Mr. McCorkle is an active emeritus member in the USAF Chief of Staff Civic Leader Program, the Air Force Global Strike Command Civic Leader Program.  He is Chairman Emeritus of the Strategic Deterrent Coalition.

Mr. McCorkle is a 1984 Graduate of the Colorado Graduate School of Banking at the University of Colorado. 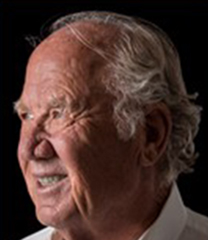