An Albuquerque native, Kent Cravens comes with a background as an entrepreneur, association executive and an elected public official.  In his current role as Chief Executive Officer for the Greater Albuquerque Association of REALTORS® Kent is visible in the Albuquerque business community as a policy advocate for Real Estate issues.

His experience in business began in 1989 when Kent opened Premier Foods, Inc., an institutional food and supply wholesaler serving the local Albuquerque food service industry. He sold Premier Foods in 1999 and started Alphagraphics US020, a quick print franchise. Over the next fourteen years, Kent and his wife Melanie built Alphagraphics to be a leader in the national franchise network. They sold the franchise in 2013.

Concurrent to running AlphaGraphics Kent was named Executive Director of the New Mexico Dental Association.  For over five years, he stood watch over the business affairs of the association and was instrumental in founding the New Mexico Dental Foundation, a nonprofit which currently provides over $1 million a year in donated dental services to New Mexico’s underserved populations.

Kent is active in Rotary at the del Sol Rotary Club in Albuquerque and has participated in leadership roles producing the annual Governors Charity Ball, a successful fundraiser for children’s charities.  Kent is a 2014 graduate of Leadership NM and serves on many boards  including Albuquerque Economic Development, CNM Foundation and is currently Past President of the New Mexico Society of Association Executives. 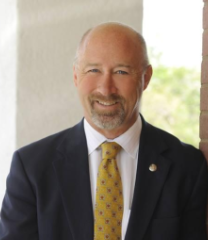