Mr. Horwitz is a Director in the Albuquerque office and the Chairman of the firm’s Business Department.  He has substantial experience with a variety of infrastructure financing and economic development tools utilized in residential, commercial, and industrial projects including special districts, industrial revenue bonds, and transactions involving the local economic development act.   Mr. Horwitz also serves as bond and disclosure counsel on public finance matters and has experience in the issuance of a variety of governmental obligations.

Mr. Horwitz advises on the creation and operation of public improvement districts (PIDs) and tax increment for development districts (TIDDs) throughout New Mexico.  He has represented land developers, land owners and homebuilders in the formation of PIDs and TIDDs in connection with the development of thousands of acres of land.  Mr. Horwitz has also assisted clients with negotiating PID and TIDD development agreements, obtaining approvals for the reimbursement of nearly $3.0 billion of budgeted public infrastructure costs, and receiving payment for related expenditures through the issuance of promissory notes and bonds secured by special district revenues. 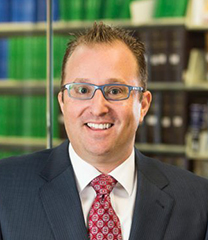