Julie Morgas Baca has been the Bernalillo County Manager since 2015. Her collaborative, proactive, transparent, and strong leadership style are products of past work experience with the second judicial district court, Bernalillo county, and the National Hispanic Cultural Center.

These skills and a personable management style have resulted in many advances by Bernalillo County government under her leadership including but not limited to managing and overcoming the county’s 2014-2017 operational budget crisis, establishing the behavioral health initiative, overseeing criminal justice reform and co-chairing an inter-agency collaborative committee, making road and utility infrastructure improvements, securing a design-build public private partnership to construct a new public safety training facility, helping to secure economic development revenue bonds and other job-creating measures, catalyzing the new county headquarters at Alvarado Square, and making progress on the complex McClendon settlement agreement that involves the Metropolitan Detention Center.

Prior to serving as county manager, she was president and CEO of the National Hispanic Cultural Center Foundation between 2013-2015 and before that, she worked for Bernalillo County government as deputy county manager for the Community Services Division.

Her career started as a financial specialist with the Second Judicial District Court, followed by a promotion to fiscal director where she oversaw a $40 million operating budget before joining Bernalillo County. Morgas Baca holds a bachelor’s degree in business administration from the University of Phoenix and was raised in El Paso, Texas. 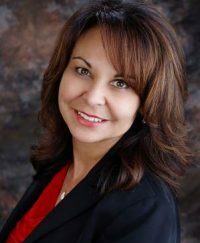 Back to Board of Directors
Translate »