She is a graduate of Leadership Albuquerque and Leadership New Mexico, and is a past member of the Rotary Club of Albuquerque. Thomas is a recipient of the YWCA Woman of the Move Award, was honored by the New Mexico Business Weekly as a Woman of Influence, recognized as a Top Performing CEO, and is an alumnus of the New Mexico Power Brokers. 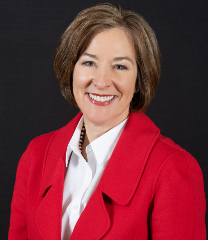