Gary Gordon crafted two careers as both a courtroom lawyer and as an expert in the governance and financial management of non-profit organizations. He received both his business-finance and law degrees from the University of New Mexico.

Mr. Gordon practiced with the firm of Miller Stratvert P.A. in Albuquerque for 23 years. His practice focused on courtroom work, and he was recognized by the New Mexico board of legal specialization as a trial specialist in civil law. He was chosen by his peers for listing in Best Lawyers in America.

Always active in community affairs, Mr. Gordon served fifteen years as a trustee of Albuquerque Academy, including three years as chair of the board.  He also served as a trustee of the University of New Mexico Foundation, serving as chair of its endowment investment committee for seven years and two years as board chair of that foundation for which he served for a total of 12 years.  He has served as a trustee, advising four different endowment funds in New Mexico on their investment profile and investment best practices.

The board of trustees of Albuquerque Academy appointed him the school’s chief legal and financial officer in 2009, and he elected to retire from the private practice of law to serve the Academy and further its mission of accessibility. He retired from that position in 2018.

He began service on the board of AREA (then AED) in 2010, and he served as chair of the board in 2017. He was a founding director of the Albuquerque Forward Fund.

In 2021, Mr. Gordon was named chair of the New Mexico Education Trust Board, which is the governing body for the state’s 529 college savings programs. 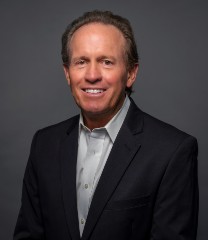