Dennis Jontz, after practicing law for 47 years is dedicating his working time as Chairman of the Board and CEO of Oso Grande Technologies.  Oso Grande is a Data Center and Technology Hub, providing business continuity services including a secure colocation site for data and disaster recovery services with the power and mechanical redundancy to keep your critical data safe and available 24/7. OSO Grande was an economic development spinoff from New Mexico TechNet in 2001.  TechNet was created by former Governor Campbell and Senator Domenici to develop communications and provide access to public information in New Mexico, and in the mid-80s was managing the state’s fiber optics and the internet before the word internet was known to the general public.  Dennis is a previous Chairman of the Board of New Mexico TechNet.  The security and reliability of Oso allows New Mexico businesses and government to store their valuable information locally and know where it is and how it being treated.

Dennis started his career as an Assistant Attorney General of Iowa in 1973.  He entered the Air Force as a JAG at Holloman Air Force Base in 1974 and remained in the Reserves serving the Air Force for 28 years.  After leaving active duty in 1978, he moved to Albuquerque to practice law, accompanied by his wife Mary Ann.  While in Albuquerque he established the firm of Jontz, Dawe, Gulley and Crown which in 2004 merged with the Lewis and Roca law firm in Phoenix and Tucson, which subsequently expanded to Las Vegas, Nevada; Denver; Glendale, CA and other locations in the Southwest.  Dennis and Mary Ann raised two children, Ashlee and Charlee in Albuquerque. 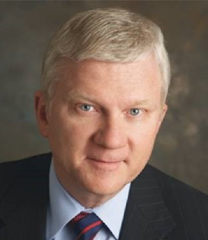