Dan Long is Vice President of Associate Resources and General Counsel at Summit Electric Supply Co., Inc., one of the largest privately-held businesses in the state. At Summit, Dan supports human resources for 480 of the best employees in electrical distribution, manages the legal function, and serves as the organization’s corporate Secretary. Summit has been a proud member of AED since 2001.

Prior to coming to Summit in 2007, Dan was a shareholder at the Modrall Sperling Law Firm, where he practiced employment, natural resources, and Native American law and was a member of the New Mexico, Federal, and Navajo Nation bars. Dan received his law degree from the University of Michigan, his bachelor’s degree in Political Science and Business Economics from the University of California at Santa Barbara, and a diploma from Albuquerque’s own Sandia High School.

Dan and his wife Christine have lived in Albuquerque full-time since 1993 and have adopted two destructive cats to create disruption in the absence of their two now-grown children. When not herding cats, Dan can be found commuting on the Paseo del Nordeste or North Channel bike trails. 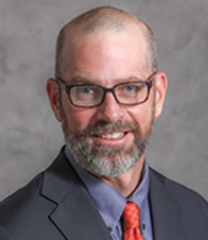