Bob Murphy, Executive Director of the Economic FORUM, is an Albuquerque native who served with the New Mexico Air National Guard in South Korea during the Pueblo Crisis era of the late 60’s and graduated from UNM with an Accounting Degree in 1972.

Mr. Murphy was President and CEO of Sandia Peak Tram and Ski Companies for many years and President of Sandia Properties Ltd., Co. until July of 2007. Sandia Properties, under Murphy’s leadership, was the developer of more than 6,000 acres of land in the Albuquerque area including master planned residential projects such as Sandia Heights in the 80’s and 90’s and most recently the mixed use planned community of Ventana Ranch with more than 5,000 households.

Mr. Murphy has a history of Community involvement that includes key roles with United Way, Chairman of Albuquerque Economic Development (before it became AREA), NAIOP and the Albuquerque Convention and Visitors Bureau. Mr. Murphy served on the Denver Federal Reserve Board for six years including two as Chairman. He was inducted into UNM’s Anderson School’s Hall of Fame in 1997, the Junior Achievement Business Hall of Fame in 2007. Bob received the 2018 ULI Lifetime Ethics in Business Award, and the AED 505 Lifetime Leadership Award in 2019. 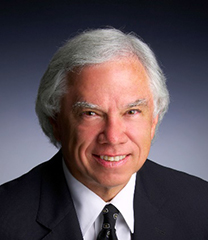