Summit Electric Supply has announced that Adrian Montoya will take over as the service center leader for the company’s Albuquerque and Santa Fe, New Mexico service centers.

Montoya began his career at Summit in 2002 as a driver and warehouse associate. Since that time, he has served in several key positions at Summit, including Warehouse Manager before moving to counter sales. He soon moved into roles in inside sales as a Customer Service Representative and then Operations Manager before assuming an outside sales role as an Account Manager.

“Adrian has proven himself a capable and respected leader in every position he has held at Summit,” said Southwest District Vice President Ryan Oehring “I am very excited and optimistic as he becomes only the fourth leader in the 41-year history of Summit’s original service center.”

Summit Electric Supply is a privately held, independent electrical distributor headquartered in Albuquerque, NM. Founded in 1977, the company operates service centers in 24 U.S. markets and in Dubai, UAE. Summit also has an international sales division and an EP&C division located in Houston, TX, as well as an industrial marine division located in New Orleans, LA. Summit is ranked as the 20th largest electrical distributor in the nation by Modern Distribution Management magazine. 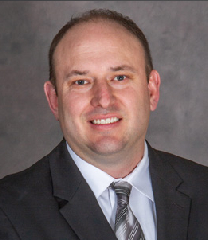