The family-owned Aspen & Autumn LLC has purchased a six-acre parcel of property at 98th Street and Bluewater Road in Albuquerque and expects to begin construction on an 82,000-square-foot building within the next few weeks. The new facility will be a distribution hub for food, drinks, and other products throughout the Western United States through two related companies. These companies are proud to point out that throughout the current pandemic, not only did they retain their existing workforce, but have expanded it.

Owners Robert D. Poole and Robert R. Poole Jr. are excited to partner with the State of New Mexico and the City of Albuquerque. These companies will play an important role in the state’s economic growth and diversification. Customers range from stand-alone businesses and government-owned enterprises to well-established regional retail chains.

EDD has pledged $750,000 in State of New Mexico LEDA assistance and the City of Albuquerque has pledged $250,000. Aspen & Autumn and its subsidiary companies will be creating 71 jobs, with an average salary in excess of $41,000, over the next three years.

“This LEDA investment will provide a foundation for the company’s growth in the next five to ten years, allowing these distributors to increase sales outside New Mexico, while also continuing to enhance and support the business activities of wide range of New Mexico-based small businesses,” Cabinet Secretary Keyes said.

“Strategic investments like this have widespread positive effects on our city, its communities, and the families of Albuquerque,” Mayor Tim Keller said. “We’re looking forward to watching Aspen & Autumn grow, create jobs, and bolster the local economy as they expand and utilize adjacent businesses to support increased demand.”

LEDA assistance is pending approval by the Albuquerque City Council and funds will be awarded as the company meets economic development targets established in the Project Participation Agreement.

When completed in early 2023, the project will substantially expand the capacity of the companies, which now occupies roughly 40,000 square-feet of space, and have a significant upstream impact benefiting local food producers and value-added agricultural entrepreneurs by expanding Aspen & Autumn’s ability to showcase and widely distribute New Mexican products.

“Our companies are just bursting at the seams in the current locations and, with the support from the State of New Mexico and the City of Albuquerque, the new unified location will give us exceptional infrastructure to support continued growth over the next five to ten years,” Robert D. Poole said.

Robert R. Poole, Jr explained that the companies sell and distribute to stores through a mix of online, in-person, and targeted sales, and they expect to see increased demand for New Mexico-made products in Colorado and Texas.

“It has been incredible working with the two economic development departments,” Robert R. Poole Jr. said. “With their help, our growth in food and drinks – beef jerky, salsa, energy bars, much of it locally made – will continue. Our most exciting time is when we get to work with a local manufacturer, and to expand their markets and service them. By doing that, we help New Mexico grow.” 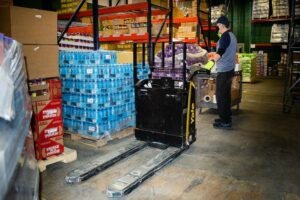 Photo courtesy of Aspen and Autumn